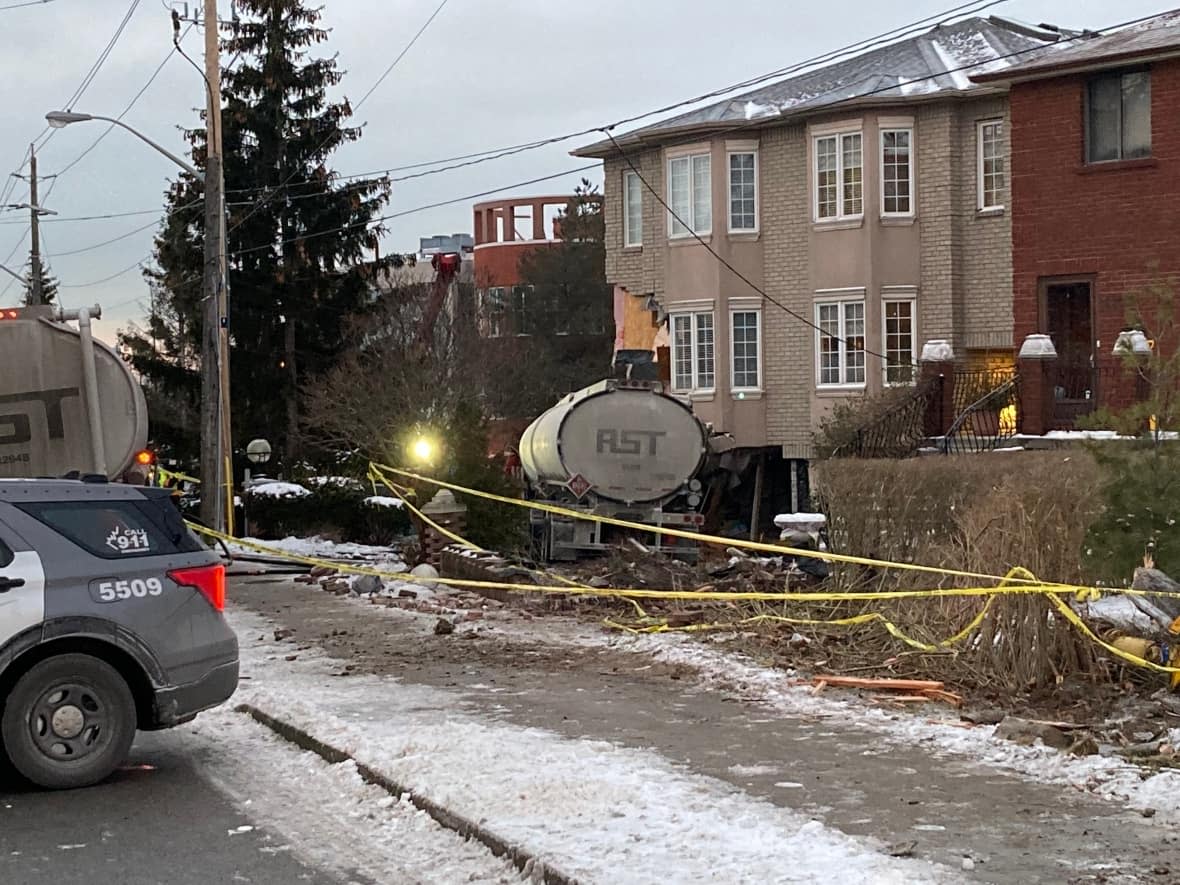 A tractor trailer hauling gasoline slammed into a home in North York on Monday night.

No one was badly injured in the crash, Toronto firefighters say, but the house appears to have sustained considerable damage.

The incident happened around 11:25 p.m. at a home on O’Connor Drive.

It’s not clear what preceded the transport truck smashing into the residence. One person was home at the time, said Toronto Fire District Chief Stephan Powell.

The driver had to be extricated from the truck. He suffered only minor cuts and abrasions, Powell said, while no one inside the house was hurt.

While a small amount of diesel fuel leaked from the tractor, no gasoline escaped from the tank it was hauling, Powell said.

An engineer was called in to assess the extent of damage to the home, he added.