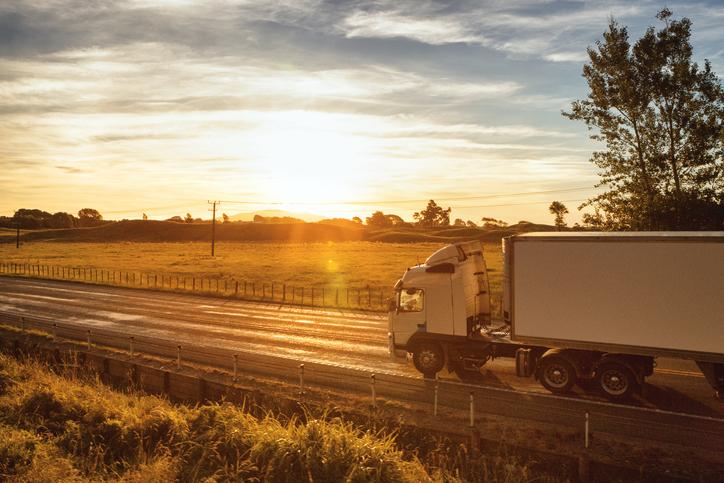 More trucks are being fitted with safety systems, and handbrake testing is changing, to guard against potentially fatal rollaways.

Five people have been killed since 2010 – four since 2017 – after handbrake mechanical failures.

A recent Waka Kotahi NZ Transport Agency survey of 90 truckers found just over a quarter had experienced problems with handbrakes, including trucks rolling away.

Matt Rowe hears about rollaways in his job as a director at Auto Kraft Electrical and Diesel.

“Once you start talking about it, and talking to different companies, it is quite scary of how often it is happening and how many companies it happens to,” Rowe said.

One story he recently heard was of a small company in the South Island where the driver left the handbrake off by mistake, and the truck rolled through a building.

“On the cameras, someone walked past the truck about 20 seconds before it happened, so it was that close to being a fatality.”

Mechanical failure is another threat. Two particular types of truck handbrake, called cardan shaft (or transmission) and Sanwa Seiki, have prompted a series of safety alerts covering tens of thousands of trucks, that are still being dealt with.

Concrete company Firth was not affected by these.

But general manager Cameron Lee says they are nevertheless exposed to human error.

“Our fleet and the style of trucks we run hadn’t had handbrake mechanical issues, but we’ve got 400-plus trucks and 400-plus drivers so there’s always the risk there that somebody may forget to or not engage the handbrake and having that extra safety net to remind them to do so, immediately, has been pretty powerful,” Lee said.

Firth has wired its hundreds of trucks so they not only have cab-tilt and harsh braking alerts, but one for the handbrake too.

“For us actually to wire it up and add this in, was actually pretty simple.”

Some trucks, unlike cars, do not have a park setting so rely entirely on the handbrake.

Matt Rowe at Auto Kraft supplies an Australian system that goes a step further, actually pulling the handbrake on itself, if a driver forgets and gets out.

It offers a range of other warnings too, that have proved a lifesaver already, he said.

“We did have a driver that mentioned that one of the kits installed actually saved a guy’s life.”

Someone jumped in while the truck was moving and an instant alert gave the driver time to stop, otherwise the man may have fallen off under the wheels, Rowe said.

He said this country had been slow to follow Australia at bringing in truck safety systems but demand had been “snowballing” since last year when Christchurch electricity infrastructure company Connetics adopted an anti-rollaway system across its heavy fleet.

Connetics declined to be interviewed.

Action is also being taken over the cardan shaft and Sanwa Seiki handbrakes.

Out of about a thousand trucks with the latter, 750 have had a control valve replaced to make them safer, Waka Kotahi NZTA said, and it expects the rest to be done by September.

Cardan shaft (transmission) handbrakes present a trickier problem because the standard way of testing them at inspection stations, with a stall test, does not work very well.

Waka Kotahi NZTA introduced a revised handbrake test late last year, and was now seeing if the handbrakes could be tested on roller-brake machines, as truck running brakes are.

However, a key problem highlighted by Waka Kotahi NZTA research is that this type of handbrake requires huge force to pull it on fully.

An industry insider expressed scepticism to RNZ that the revised test would be effective. They declined to be identified.

Another insider said the revised test was more a reiteration of how to do the stall test to the best level possible. On the other hand, the roller-brake work held out real hope of an improvement to testing for the “vast majority” of the 50,000 trucks with this type of brake.