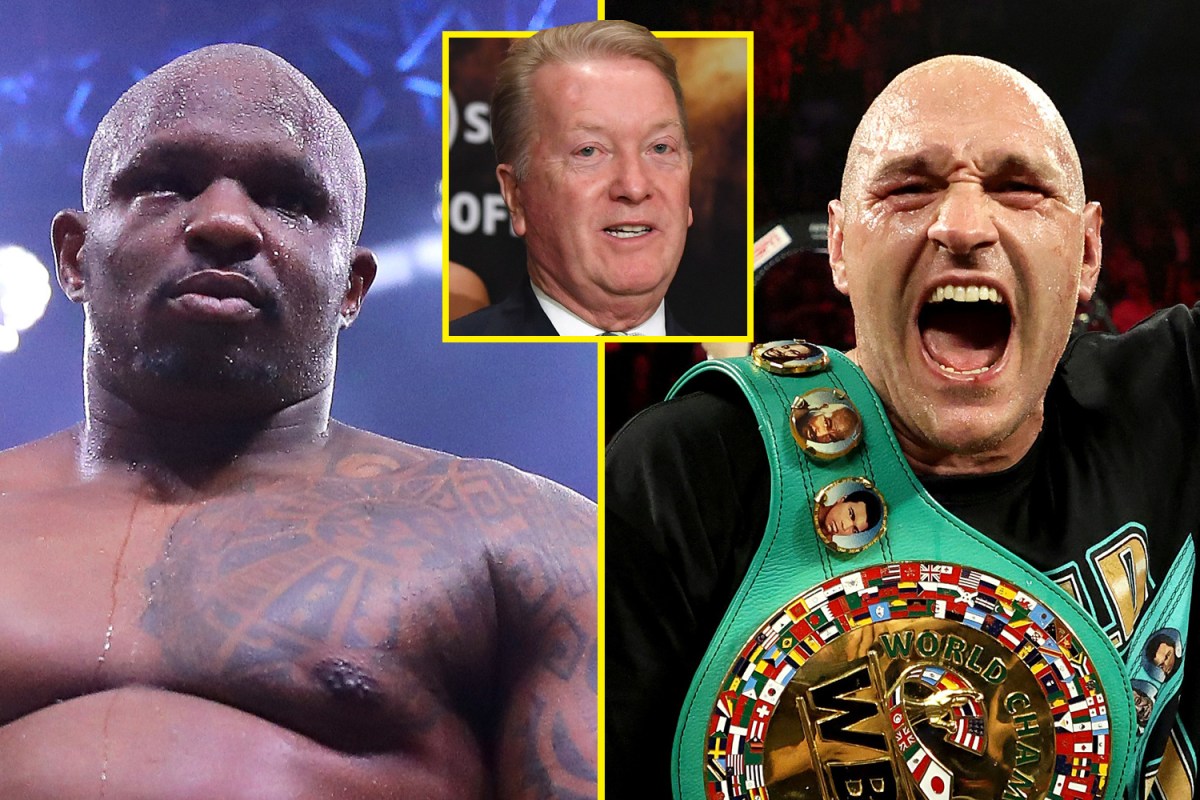 Dillian Whyte needs to take a ‘look in the mirror’ and concede defeat in his purse bid battle with Tyson Fury.

That’s according to promoter Frank Warren, who was discussing the potential fight between the two Brits, with ‘The Bodysnatcher’ being called by the WBC as the mandatory challenger to Fury’s heavyweight throne.

A deadline was set for January 11, but an extension to the free negotiations period was granted due to the stalemate in talks and Whyte and his team have until January 18.

Fury was set to receive 80 per cent of the total purse for the fight as the champion, a sticking point both Whyte and promoter Eddie Hearn told talkSPORT they would appeal.

With Fury and his team keen to get the ‘Gypsy King’ back in the ring by March 26, Warren insists Whyte is going to have to be more realistic about his expectations if he wants the fight next.

“Well there deal has been no deal,” Warren told talkSPORT Boxing. “That’s where they have been, they haven’t had a deal.

“Up until this thing with Tyson, in three years they have just been sitting around. Tyson was out for nearly three years, came back for a world title in six months, so we’ve done a good job for him in getting in that position.

“As far as Dillian is concerned, whatever has happened, he just needs to look in the mirror. That’s the reason he is in the position he is in.

“In the meantime, he has had some domestic bust-ups, he fought Povektin and lost one of them – that’s his chosen path. That is the road he has gone down.

“Now he has got to make some decisions; if he is going to carry on fighting for the WBC, he keeps going on about these splits.

“I don’t think he is going to get anywhere near the splits based on the fact rules are rules. Their rules are very specific regarding these big fights and fights involving champions who earn big money as Tyson does.

“They gauge what the percentages are based on the contracts that have been lodged for their previous fights. I think I have said it many times and it becomes knowledge because they know what Tyson has earned and we know what Dillian has earned.

“He earned three hundred grand for his last fight, and I think the highest he has ever earned according to the WBC, is five hundred grand.