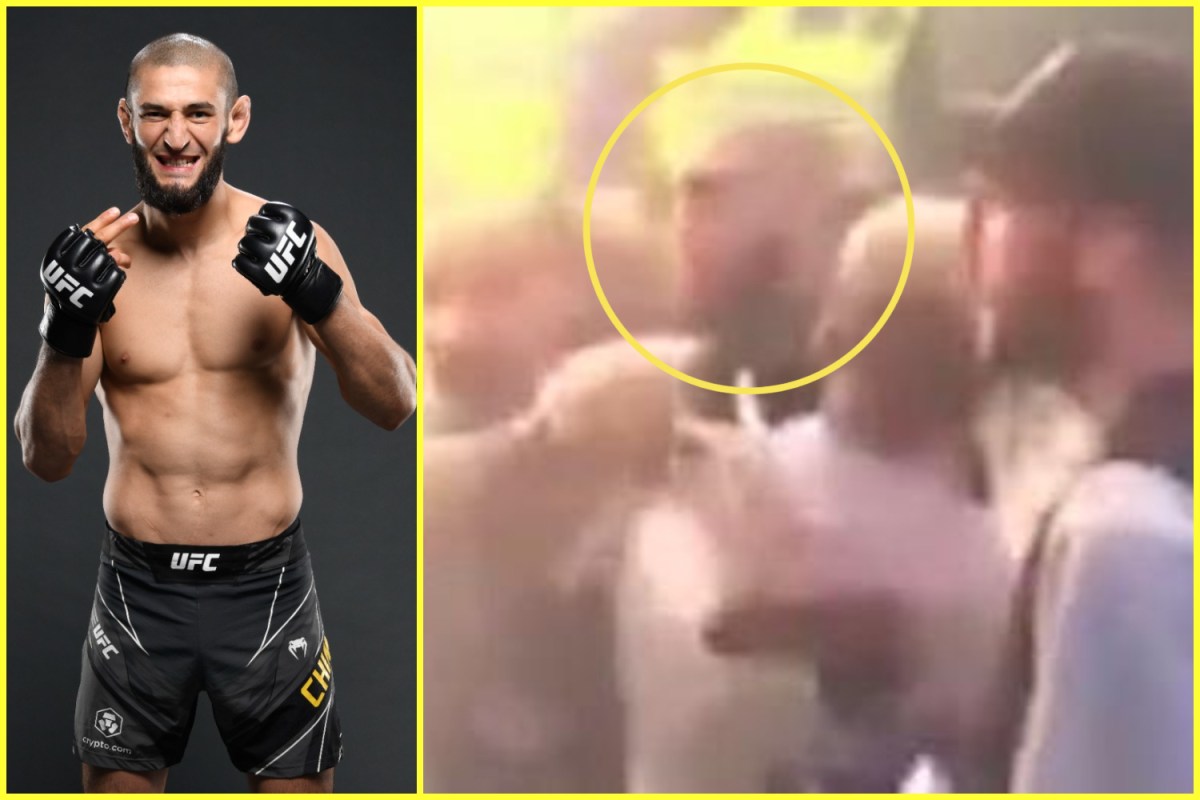 Khamzat Chimaev had to be restrained by members of security at an MMA event in his native Sweden after trying to storm the cage.

The UFC star was on hand to watch one of his teammates fight at the event, but they were knocked out cold.

It is unclear what prompted the furious reaction from ‘Borz’, whether it was the stoppage itself or the fighter walked towards Chimaev’s teammate and sat down next to him.

Chimaev can be seen in video footage of the incident slamming a table in frustration before leaping over a fence to try and enter the cage.

The Swede gets as far as the cage door before multiple security guards stop him in his tracks and escort him back to his seat.

The 26-year-old is one of the hottest new commodities in the organisation after absorbing just ONE significant strike in his UFC career and recording four record-breaking wins.

It is understood former title challenger Gilbert Burns will be his next opponent and a win could well propel him towards welterweight gold next.

Chimaev – who trains at the Allstars Training Center in Sweden – has been backed by his training partner Alexander Gustafsson to dethrone Usman.

“I think he’d put Kamaru Usman to sleep honestly. I think if he just touches his chin, it’s a big chance that Kamaru Usman goes to sleep,” Gustafsson told ESPN.

“I like Kamaru Usman, he’s a great champ and he’s just been breaking records and like you know, it’s a pleasure to see him fight because he’s very good and technical.

“I love his jab and his wrestling and you can see that he’s on top, Kamaru Usman. But I just can’t see him take Khamzat’s punches.

“I’ve been sparring with so many guys in so many levels, heavyweight, light heavyweight, middleweights and welterweights, this guy just puts people away in training sessions.”