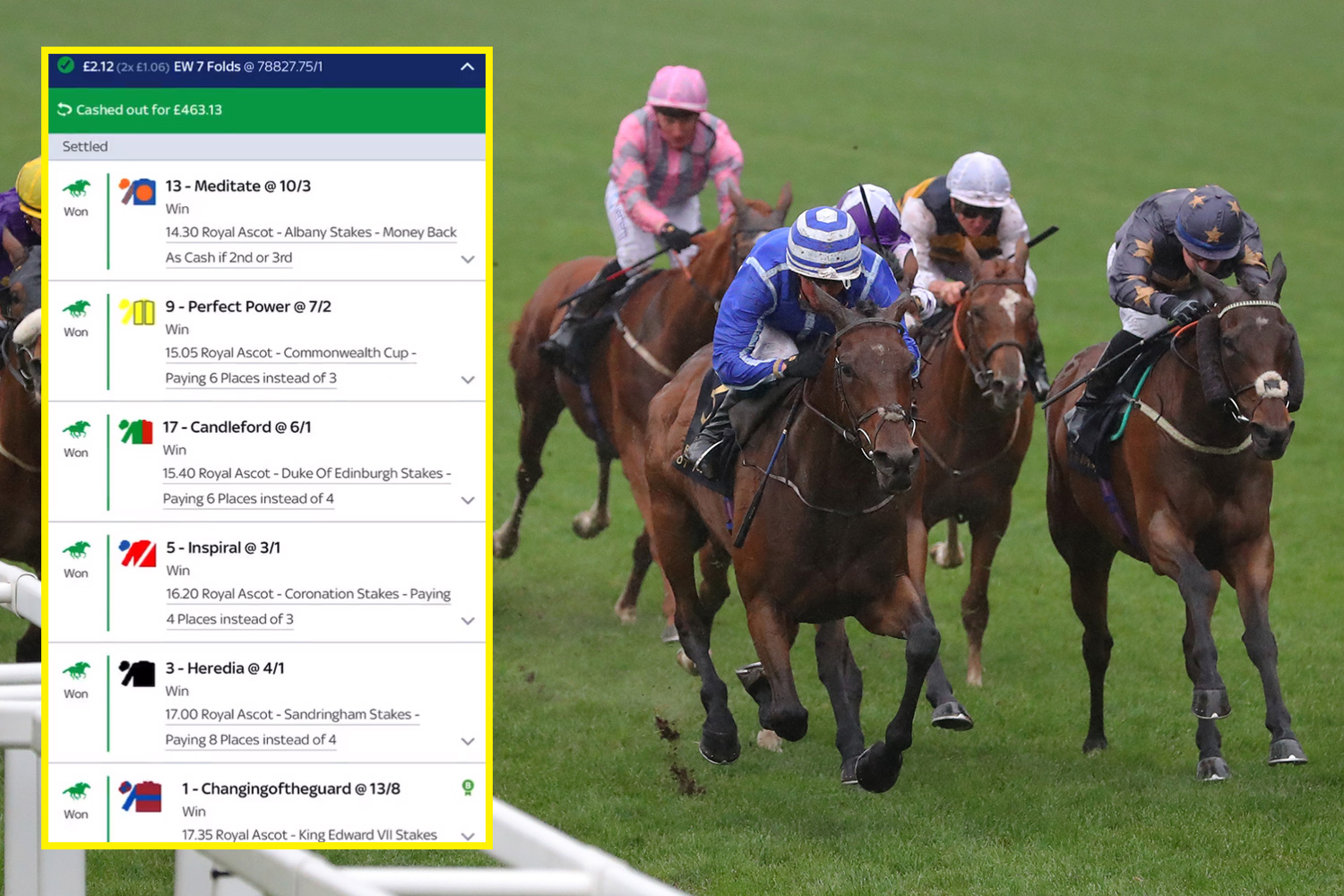 One unfortunate punter has missed out on winning £83,000 as a result of cashing out early on a Royal Ascot bet.

As a result, Bailey Grant came away with just £463.75 in winnings, much to his frustration.

Grant had placed bets on numerous races over two days of the illustrious horse racing event that took place this week.

Putting £1.06 each way on a seven-fold accumulator bet, things got off to an ideal start as all three of his bets from Thursday’s races came in.

Choosing not to cash out and continue into Friday’s races, Bailey’s fourth horse won as well, bringing him a step closer to his five-figure jackpot.

Just three wins away from the ultimate prize, Bailey lost his nerve and opted to cash out on his bet, an option where a better can take a portion of their winnings before all of your selected bets have taken place.

Walking away with £463.75 seemed like a good result at the time, but after watching the final three races of his accumulator with the money already in his pocket, only to see all three horses come away victorious as well.

Many people questioned his decision to cash out, but Bailey replied with: “Some of you on here, don’t have the brains to think about it financially! Imagine if one of them got placed or came nowhere in the race? You all would be laughing or kicking ye selfs!”

He added: “At the end of the days boys, I’ve just turned 21 had bets in the past especially at Cheltenham this year. One horse left to run either it falls or pulls up early on!”

“It paid off, maybe not the £83k but I’ve played the bookies at their own game and came away with just under £7k+ in total for only today alone!”

Alan Brazil and Ray Parlour have been wooing audiences up and down the country this year with their hilarious double act, live on stage.

This is your last chance to get tickets for the final two shows of the tour, in Newcastle and Nottingham.

Both have lived life to the full both in their playing days and subsequently on and after their talkSPORT radio show!

Hear from both legends as they recount tales from the dressing room, from the studio, from their playing days, travels on international duty… and of course Cheltenham!

The shows will be hosted by talkSPORT’s Shebahn Aherne.

Don’t miss a belting good evening out. Click on the link HERE to buy your tickets.