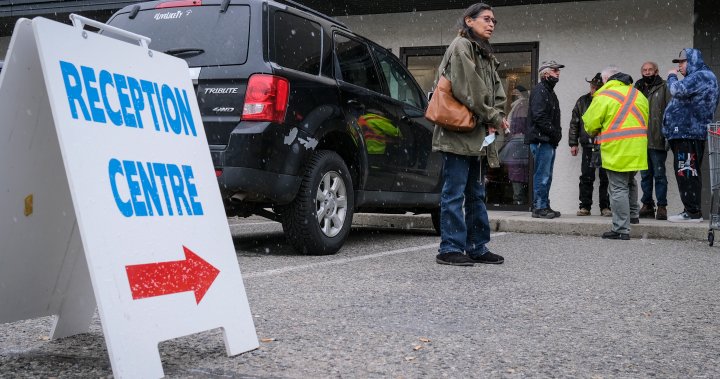 More than $2 million has been raised for the victims of November’s catastrophic flooding in B.C., and the local chapter of United Way has launched a new holiday appeal for more.

The non-profit is working with Mamas for Mamas, a B.C. charity that supports mothers and caregivers in crisis, to fill Christmas hampers for those still in need of assistance.

The organizations are collecting gift cards, diapers, new clothing and shoes, self-care items, toys and more as those families prepare for the holidays.

“So many families faced their worst nightmare in this last month,” said Celena Arthur, director of community engagement for Mamas for Mamas.

“We helped a single dad and his 13-year-old after being helicoptered out from their community that was between two mudslides, a mother and her two teenage sons who were evacuated from their basement suite, and a mom of two small boys who didn’t have a vehicle, and whose husband can’t get to work due to floods.”

Donations can be dropped off at the Mamas for Mamas office in Richmond.

With help from SPUD online grocers and the Chilliwack Bowls of Hope Society, the organization has distributed 1,000 pounds of food to Seabird Island First Nation in Agassiz, the Agassiz Food Bank, and flood victims in Yarrow.

The $2 million has also helped deliver more than 70,000 menstrual products to severely-impacted communities, including Hope, Merritt and Agassiz.