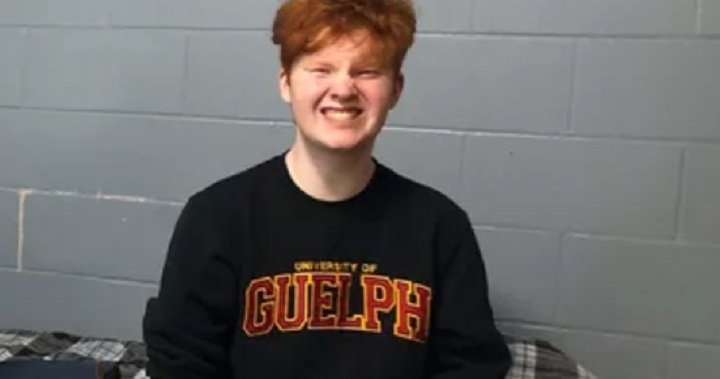 The University of Guelph is mourning the death of a student who was struck by a vehicle in downtown Toronto on Boxing Day.

In a statement, the university said Kean McKenzie, a first-year Bachelor of Arts English student, was among eight injured in the Dec. 26 collision.

His family announced his passing on New Year’s Day.

Emergency crews were called to the crash just after 2 p.m. at Yonge and Richmond streets on Boxing Day. Toronto police said two vehicles collided and one rolled on its side and struck multiple pedestrians. A total of eight people were taken to hospital.

According to a GoFundMe account set up after the crash to cover expenses incurred as a result of the incident, Kean and Dylan McKenzie were standing on a corner with their father Sean waiting for a crossing signal when they were all struck.

Their father was also injured and discharged from hospital on Dec. 30.

The University of Guelph said campus flags will be lowered on Monday in Kean’s honour. A memorial service is also being planned and details will be shared when they’re available, the statement said.

The university noted that support services are available for staff and students.

2:08
Police looking for video after collision injures 8 in downtown Toronto