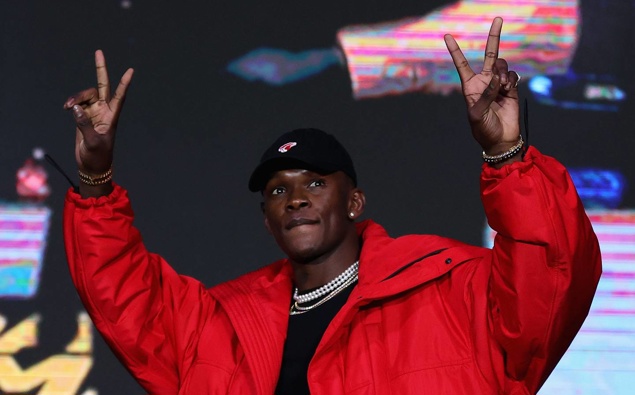 If Israel Adesanya is going to compete Down Under again, don’t expect it to be in New Zealand.

In late 2021, Adesanya suggested he would not fight in New Zealand again due to the treatment of his teammates during the Covid-19 pandemic restrictions, and this week backed up those comments at a press conference in Sydney.

Appearing alongside Kiwi flyweight Kai Kara-France, who set to compete for the interim title in late July, and UFC featherweight champion Alexander Volkanovski at the event ahead of his UFC middleweight title defence at UFC 276 in Las Vegas next weekend, Adesanya said there was a reason it was taking place in Sydney rather than in New Zealand.

Adesanya and Kara-France both train out of Auckland’s City Kickboxing gym, while Volkanovski spends time there during his fight camps and was at the gym as recently as last week.

“There’s one champion, two champions, and about to be a third champion from this region of the world. Let’s just soak that in for a second. It’s mind boggling,” Adesanya said.

“It’s something that’s never been done from this side of the world in this era and I feel like, because MMA is a relatively new sport – or the f***ing word I hate ‘not a traditional sport’ – they don’t really shine as much light on it. That’s why we’re here, in Australia – because your media is more MMA friendly than Kiwi media. Even though we have guys who actually look after us … it’s not as hailed like the way you guys hail your champions.

“This is something I feel like they’re missing out on and, when it’s 20 years down the line, some people will kick themselves and be like ‘man, we should have really put our best foot behind these guys. We shouldn’t have tried to break up their camp while they were in camp while other teams had been able to have isolated camps’.”

The situation being referred to was during last September’s lockdown in Auckland, several other fighters and coaches had made their home at City Kickboxing gym in order to continue training for events and upcoming bouts, including UFC lightweight contender Dan Hooker’s appearance at UFC 266 later that month. Hooker has mentioned the living situation in a number of interviews, and the group believed their set up was in compliance with the Covid-19 restrictions.

Police were called soon after the interviews were live and asked the group to disband. After disbanding, Hooker and a couple of others continued trying to prepare for his fight at his own gym – the Combat Academy in Ellerslie. However, they were again warned by police. Members of the camp alleged journalists had been staking out the gyms after the interviews aired. Some have said they saw photographers at both locations prior to the police showing up. Under lockdown regulations, journalists were considered essential workers and are allowed to be out and about for work purposes.

After several warnings, they ultimately disbanded and Hooker completed his camp in his garage, before he and others subsequently relocated to the United States for the remainder of 2021.

“I feel like they’re going to kick themselves,” Adesanya said, reflecting on that period.

“That’s why I said to myself – because of the way they treated Dan and my team – I will never ever fight in New Zealand again. If I was ever going to do a stadium show again, f***ing hell I’ll do it in Australia instead.”

The UFC has hinted at a return Down Under being in the works for later this year or early in 2023, with two of the promotion’s 11 champions hailing from Australasia, while Kara-France could make that three before the year is out.

There are currently 19 athletes from Australasia signed by the UFC – nine of those ranked in the top 15 of their respective divisions.

“There’s may more to come,” Adesanya said of the potential for future champions, “and they’re from this side of the world – Australasia, little old New Zealand. It’s what we’re doing. What a time to be alive.”