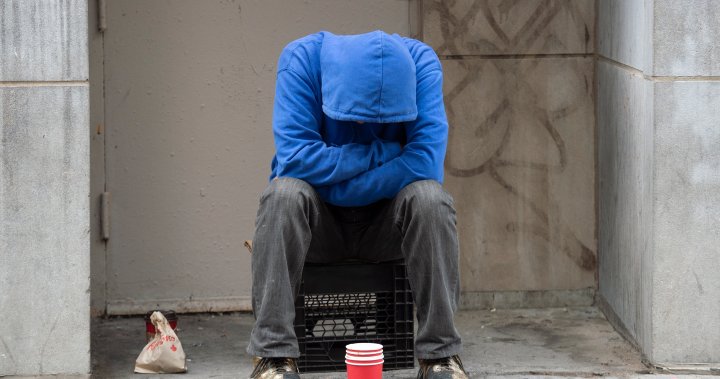 Add to that surging COVID-19 cases, due in part to the Omicron variant, and the situation becomes more worrisome.

“Omicron as we know it is up to four times as contagious as its predecessors,” he said, “and will it affect the homeless population? Almost certainly,” said James Hughes, president and CEO of the Old Brewery Mission

Their lifestyle makes them vulnerable, said Hughes, since they congregate in spaces like shelters and warming centres.

In November, there were four outbreaks at five shelters.  He fears it could get worse.

“A year ago, almost exactly to the day, we saw a huge spike in the number of people who were catching the virus,” he recalled.

That forced the city to open more shelters.

“We might see reductions in the capacity of regular resources if there are Covid cases that emerge,” he wrote in a message to Global News.  So we are being very vigilant because we know how transmissible this variant is.”

With Omicron, Hughes shares that concern.

According to him, there are two hundred beds fewer than last year.

Opposition city councillor for the Montreal borough of Pierrefonds-Roxboro, and member of Ensemble Montreal Party, Benoit Langevin is critical of the city for not doing more.

“Our political party thinks that we should redeclare the state of emergency at the City of Montreal,” he said standing outside his borough office.

Under a state of emergency, the city is granted special powers to free up resources.  This summer, the city cited high vaccination rates as one reason for lifting it.

Reinstating it now, Langevin insisted, is necessary to harness resources to help the homeless in light of Omicron.  He also argues that a plan should’ve been in place months ago.

“Let’s plan in June to make sure that the influx that we get during winter will be addressed,” he stressed.

“We would’ve liked to see additional capacity, even if it’s idle — be ready and available,” he said.

City of Montreal officials said they will reveal plans they have in the coming days.