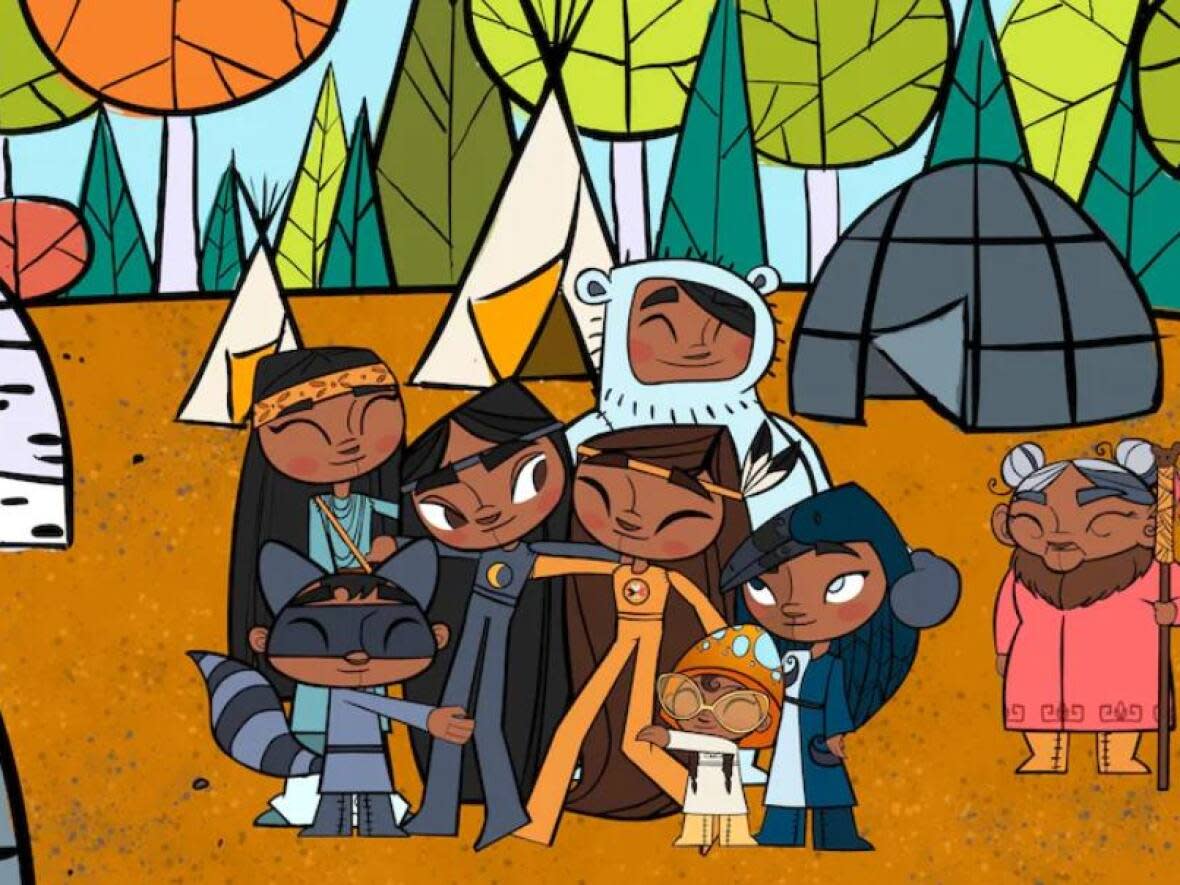 A Tobique First Nation artist and filmmaker is looking to bring the Wolastoqey language to a younger audience through her new animated series.

Lil Glooscap and the Legends of Turtle Island follows the adventures of a young Glooscap, a Creator god in the tradition of the Wabanaki people, and his friends.

The series debuts this weekend and is dubbed in English, French and Wolastoqey.

Tara Audibert, the creator of the animated series airing on APTN, says she believes it’s the first children’s program released in Wolastoqey.

“I try to preserve the language because there’s less than 100 fluent native speakers left,” said Audibert.

“Doing a children’s show is very important because it’s really the younger generation that is going to need to learn this language if it’s something that’s going to survive and keep going.”

Imelda Perley, a Wolastoqey language teacher and translator who grew up in Tobique First Nation, translated the script into Wolastoqey. Perley helped find Wolastoqey voice actors in addition to voicing a character herself.

“That was an amazing experience for me as a speaker because as you know, French and English are legislated, but our language isn’t, although it’s the first language of our territory,” said Perley.

“To have that opportunity to give sacred space to our language and to put it in a venue where children can hear it … it’s been an amazing awakening for me as a speaker to be able to contribute to keeping language alive.”

Perley said that translating the English script in Wolastoqey took time because she had to make sure cultural and traditional practices were respected in the translation.

“It would probably take a week every day of the week just to do one episode because I had to come up with new vocabulary from our language,” said Perley.

“It was really important to take English concepts and how do I make them culturally relevant to what we do?”

Audibert said while it was important to have a version of the show entirely in Wolastoqey, the English version includes Wolastoqey words as well, comparing it to Sesame Street’s use of Spanish.

“There’s little language in there, you know, simple things that you can learn like thank you, wela’lin.”

“All of these little things are all throughout the English version as well.”

While there is a definite educational purpose for the series, it wouldn’t have the same impact if kids were not interested in the series.

Luckily for Audibert, it appears kids are hooked on the characters.

“[There] was an episode that we had tested with a number of kids, and there was only one episode done…They wanted to see more, but there weren’t any more to show them,” said Audibert.

“They were rewatching these episodes over and over again. I mean, if that’s not the highest compliment, I don’t know what is.”

“Look how long our Indigenous children have been watching cartoons in English and French,” said Perley.

“Now we get to be part of this, you know, part of this sharing of our language and non-Indigenous children, seeing the characters and seeing our stories and hearing our language. I just think it’s beautiful.”

Lil Glooscap and the Legends of Turtle Island had its French-language premier on Saturday and will debut English and Wolastoqey versions on APTN Sunday morning.