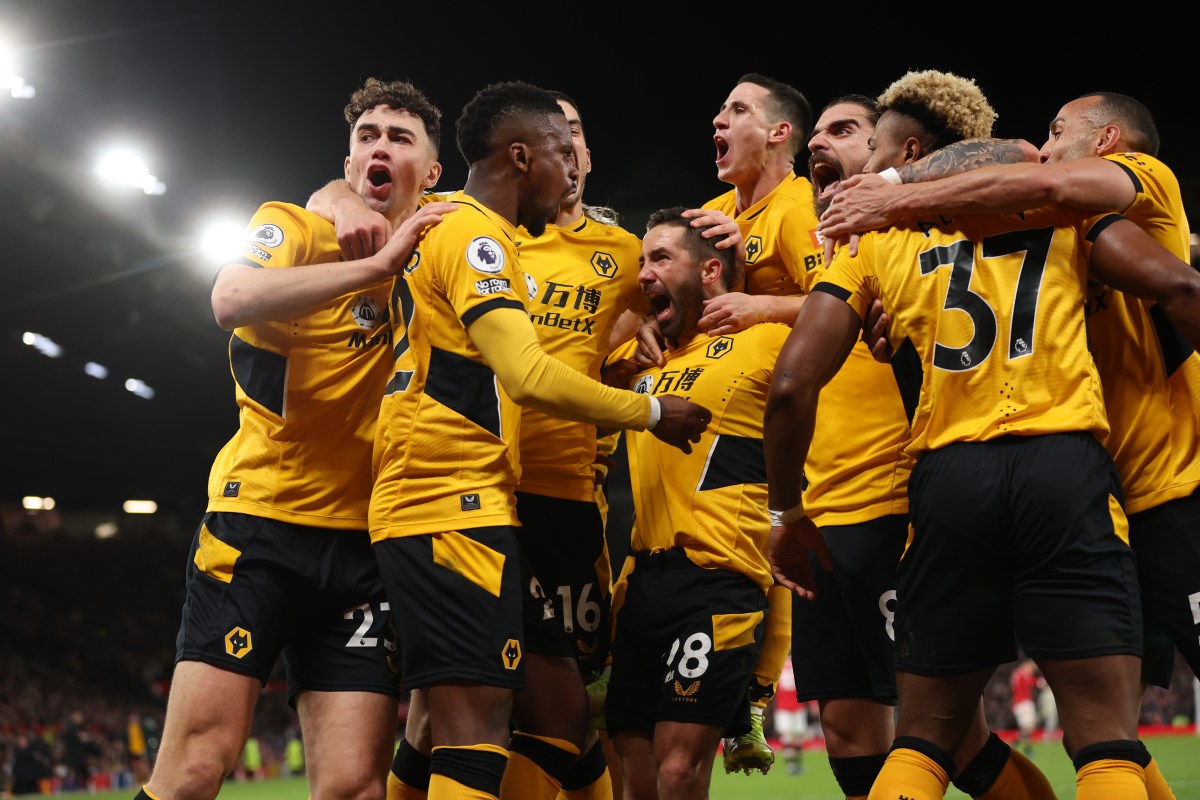 An abject Manchester United side had a match to forget as they suffered a 1-0 defeat at home to Wolves.

Joao Moutinho’s fine strike late in the second half secured a first league win at Old Trafford for Wolves in over 40 years.

It was a bad performance from the Red Devils across the board with returning defender Phil Jones, who made his first start in almost two years, one of the best players for them.

Ralf Rangnick’s men didn’t create a clear-cut chance until Bruno Fernandes fired against the crossbar midway through the second half. Fernandes’ stoppage-time free-kick was also brilliantly saved by Jose Sa.

But Wolves were far the better side at Old Trafford. They also hit the bar with a Romain Saiss free-kick, while Ruben Neves forced David de Gea into making a brilliant save early on.

This is the first defeat for Man United since Ralf Rangnick took charge of the club in December.

The Red Devils’ attacking play left a huge amount to be desired with the visitors creating the only meaningful opportunities in the first half.

On 12 minutes, De Gea kept out Daniel Podence’s drive before expertly saving Neves’ excellent volley after the resulting corner was only partially cleared.

The substitution of Mason Greenwood just after the hour sparked some boos from the home faithful but it was nearly a masterstroke from Rangnick as the forward’s replacement Fernandes almost gave them the lead moments later but he could only fire Nemanja Matic’s low cross against the bar.

Wolves then hit the bar themselves through Saiss’ curling free-kick but Moutinho made no mistake on 81 minutes.

A cross from the right was headed away but the ball fell straight to Moutinho, who fired through a crowd and into the bottom left-hand side of the corner.

Man United almost nicked an undeserved point but Sa was equal to Fernandes’ venomous free-kick in the final play of the match.